Foreword: Aaaand I’m back! Well, I was here the entire time, just not as active as I am right now.

Finished this game as well in only a couple of days! I’ll say this right off the bat: this game is WEIRD AS FUCK. It’s so weird, that I can’t even say it’s either good or bad, and my mind’s just in utter confusion about how to rate this game! It’s not like it was good, and it was so bad, but I can’t simply call it bad! I’ve had years of writing, but that’s the only way I can express this game in words!

Holy shit, I’m not even going to get anything accomplished in this section, so let’s move along!

WARNING: This review contains INTENTIONAL MAJOR SPOILERS to the game!
Please note the game WILL be spoiled from reading this review!
Please also note that this review will have an elevated frequency of Swearing and Rage.

Great CG with lots of detail.

Summary: Eiji drives from Tokyo to the countryside to “start over again”. The girl named Rumi in the passenger seat encourages him and assures him that his older brother, Renji, will also help out in this quest. With their help, Eiji quickly becomes adjusted to the school and even make some good friends.

But… That won’t last long…

Since this is a War.

Rumi’s personality also changes in this “Council”. The game never mentions why

Character Design Rating: 7/10
Story Rating: 1/10
Protagonist Rating: 2/10
Game Quality: Moderate
Overall Rating: 3/10
Rating Comments: So what we have here is a HUUUUUGE combination of factors which gave this game neither a “bad” nor a “good” score. However, let me just say right now that this game is FUCKED up, even more so than Favorite games (and you know how much I hated those titles). I KNOW. THIS IS SO WEIRD. This will probably be the only time I don’t specifically talk about the characters and just leave every little piece of detail in the “Story Synopsis” below.

So we have our prologue with Eiji being the protagonist of the story and enjoying his days. However, with the introduction of a character named “Nagato Daichi”, something starts to go wrong, and this “peace” won’t last forever. Reiji takes it into himself to figure out what’s wrong, and soon finds out what really happened.

…And we find out that it’s not actually Eiji who is the protagonist, it’s Reiji. In addition to this, the game makes it clear at this point that Rumi is REIJI’S fiance, NOT Eiji’s. This was a huge troll on Akabeisoft 2’s part, where they make HEAVY implications that Eiji and Rumi was going to marry in the prologue, but that’s simply not the case–they never specifically said it was those two who are engaged. This obviously creates a very sour NTR moments for the reader, as well as making the story start with a very bad rap. As if to make things worse, Reiji is partially voiced in the prologue, while Eiji is completely unvoiced, as if he WAS the protagonist.

If that’s not all, it seems that Eiji himself is insane, and actually hurts his friends and even attempts to rape Rumi herself. The prologue briefly explains his past as someone who “went over his boundaries and killed people”, but it seems that his “insanity” takes control over him and some points and this is what caused him to harm Tooru.

Reiji at this point pops up and fights Tooru. Reiji is actually disabled with having only a right leg, but he somehow overpowers Tooru and shuts him up in an old cottage, firmly deciding to finally cut his bonds with his only blood-relative and send him back to Tokyo. In essence, he chooses his “loved one” over his own brother.

Now listen here, you fucktards from Akabeisoft 2. I don’t know how much experience you have with writing a story, but this was just BULLSHIT. I can understand that you want to create some shock factors, but this was NOT a good way to do it. There’s literally no transition from having the protagonist being shifted from Eiji -> Reiji. In fact, you SPECIFICALLY say on your goddamned website that Eiji is the protagonist and he only plays a role in the beginning and end of the game, with absolutely no “protagonist” moments. In short, he’s a GODDAMN subcharacter and you have the guts to name him the protagonist just so you can trick the readers? Yeah, Fuck you too. Seriously. Fuck you.

Then the game actually introduces a new concept, about the “Council”, which is actually a battle between the one who initiates the Council and invisible monsters that are only out to attack the “King” (the initiator) except in this game, the King is completely immobile and unable to move, which pretty much leaves the other “soldiers” to fight. Oh, these soldiers? The “King” summons.

and this is the crazy old man who tells Reiji of this “Council” bullshit.

So… WHAT THE FUCK IS THIS?

This battle called “Council” has absolutely no meaning and according to Nagato, only appears when the “initiator” tries to oppose someone. Simply put, if I was trying to oppose you as we were arguing about what the “best color” was, I would be swept into this time-less area called “Council” where I have to summon my closest people to fight for me or I get killed.

What’s even worse is the outcomes, where soldiers who are “killed” in this battle slowly forget their “King” and cut all relationships with him/her. PLUS, the soldier in real life would feel unimaginable anger towards the “King”, and attempt to kill him. In reverse, if the “King” is killed, he goes crazy for a while.

SO! WHAT THE LIVING SHITFUCK IS THIS!?!

Oh man, that’s not all. The entire game is filled to the BRIM with deus ex machina and suddenly revealed elements such as the relationships between heroines which HAPPENED to appear in the last moments, such as how Rumi and Sayo were pretty much best buds (despite the fact that they create a love triangle between Reiji) or how Reiji forces Nagato into the “Council” to kill him. Oh, don’t forget how Reiji magically revives his comrades who are supposed to be dead and forgets him TWICE, AND manage to “survive” all those resurrections he performed which puts him into a coma and when he regains consciousness he’s getting married to Rumi and THIS GAME IS SERIOUSLY FUCKED UP! SOMEONE GO BURN THIS SHIT

Although they DO remove the white sprites from the title screens of the characters as they die and revive.

That’s it, Akabeisoft 2. I’m so done with you. Fuck you and your crap titles that I’ve been hitting recently. Some like the Okiba ga Nai! titles were decent, but you pushed your limits WAY too far with this one. I’m taking off all your games from my backlog just because of how horrible this game was.

HERE’S THE WEIRD PART THOUGH.

This game, unlike other charage and school-life bullshit being produced from other companies, have a definite moral lesson which suggests the inseparable bond between family and friends, and even heartwarming moments. It has a complete (while having such a horrible transition from start to finish) story, and you can see some highly dynamic characters along the way. The protagonist himself is resourceful and dynamic as well, but in the end, the story simply predominated over all of the good points of this game and gave this title a very low score.

I want to be fair to the game: I have to point out that despite Reiji originally “cutting his bonds” with his blood-related brother, he comes to accept Eiji, although it would have been better if the scene depicting this was much more intricate. This was probably the “best” moment in the entire game in my eyes, not all those bullshit fight scenes with invisible enemies.

Eiji: Hey bro, how many fingers am I holding up?
Reiji: Five, you damned bastard! WAHHH!

AND EVEN AMONG ALL THIS MESS, the characters are very well designed. Each character had their own story which may help the reader sympathize with them, and it really creates an ambiguous review for me since I find it hard to “hate” some of these characters just because the story is bad.

Sexual Content: Low. Boner was killed from all the bullcrap. I need more nukige

Comments: So as soon as I opened the game, I thought I would be in for a treat: music is mesmerizingly beautiful, and the beginning Sunset with the two characters talking about marriage and a new life, my reaction was exactly like this kid right here: 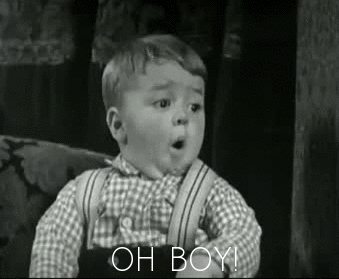 After I started reading and got to the middle portions of the game with people dying and wanting to kill Reiji and him being kinda insane himself, I LITERALLY wanted to stab the people who wrote this story, grind the carcass with a mixer, heat them up to 9001 degrees Celsius, and shove the roasted meat into Satan’s asshole so hard that both He and the now-dead-and-roasted Writers can feel how much pain I felt as I was reading this. AND SATAN HAS NOTHING TO DO WITH THIS.

Of course, there’s definitely the possibility that like many other games, I simply did not understand the subtle themes that this game was trying to convey. However, just make sure that all these deus-ex-machinas and “Council” shit is OBJECTIVELY bad.

CG Score: 5/10. Nothing too special. I usually love Akabeisoft’s artwork since it’s simple, but my hatred for this game is getting the better of me.
Music Score: 7/10. The unfortunate thing about this game is that it does have decent music. It’s just that its story doesn’t follow up to this quality.

Addictiveness: Must you ask?

Conclusion: Fuck this game. I’d take a poorly made charage over this anyday. At least it’ll be fappable.

The Whale God of Wishes: Review of [150227]Kujiragami no Tear Stilla