Foreword: So one of the main reasons I wanted to write a full review for this Navel game was because it’s pretty controversial. I’ll get it out and say it right now that I PERSONALLY didn’t like this game (and I’ll be explaining why), and I say that fully aware some idiot is going to scream his head off that this is the best game ever without realizing why 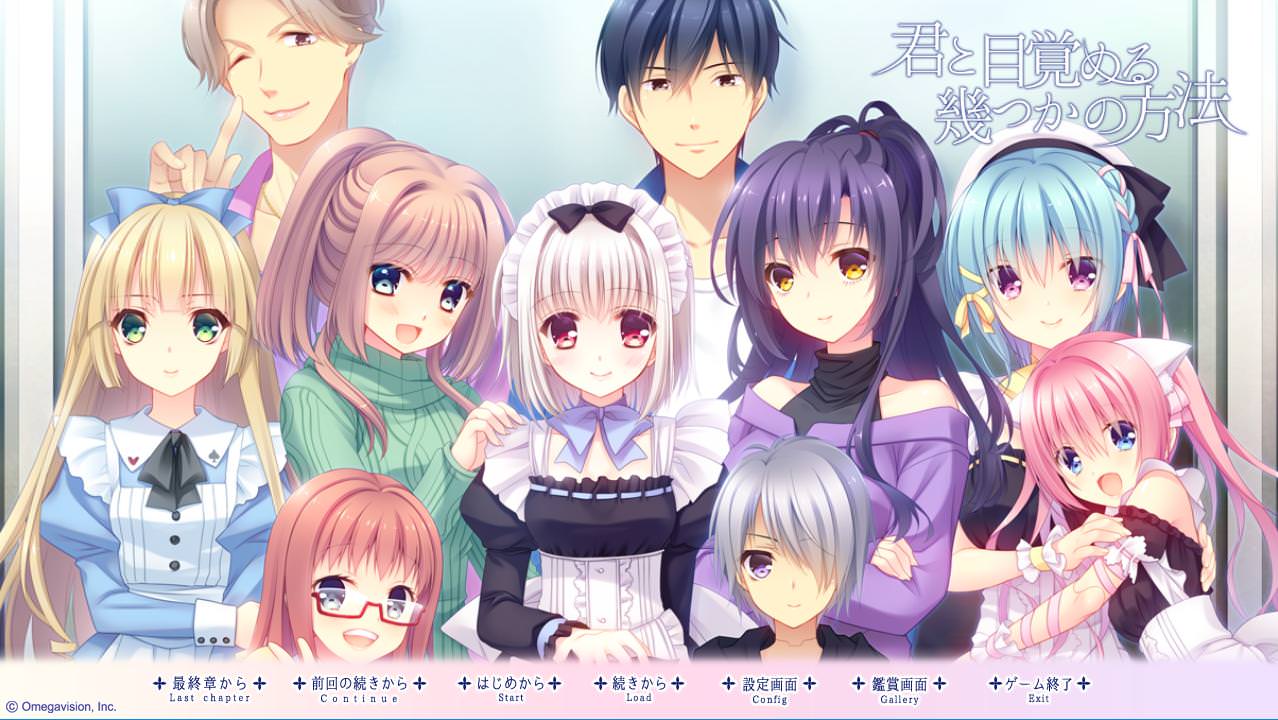 PLEASE NOTE THAT IN ORDER TO PROVE MY POINTS PROPERLY, HEAVY SPOILERS ARE INCLUDED IN THIS REVIEW

Summary: In the near future, where “Automata” is prevalent especially in Akihabara where their presence is in correspondence to the otaku culture, Ina Motors sits quietly within its walls originally a bike shop, but renewed to an Automata Maintenance shop after this boom hit. The manager, Ina Sousuke, also owns Automata for his own reasons, and is maintaining his daily life until an automata is abandoned in front of his home one day.

The problem is that while her legs are artificial, Sousuke immediately realizes that this girl is actually a human, and full panic arises on what to do. Calling on his friends Maika and Mikoto, Sousuke makes every effort he can to figure out what happened to this timid girl named Hatsune and what he can do to help. 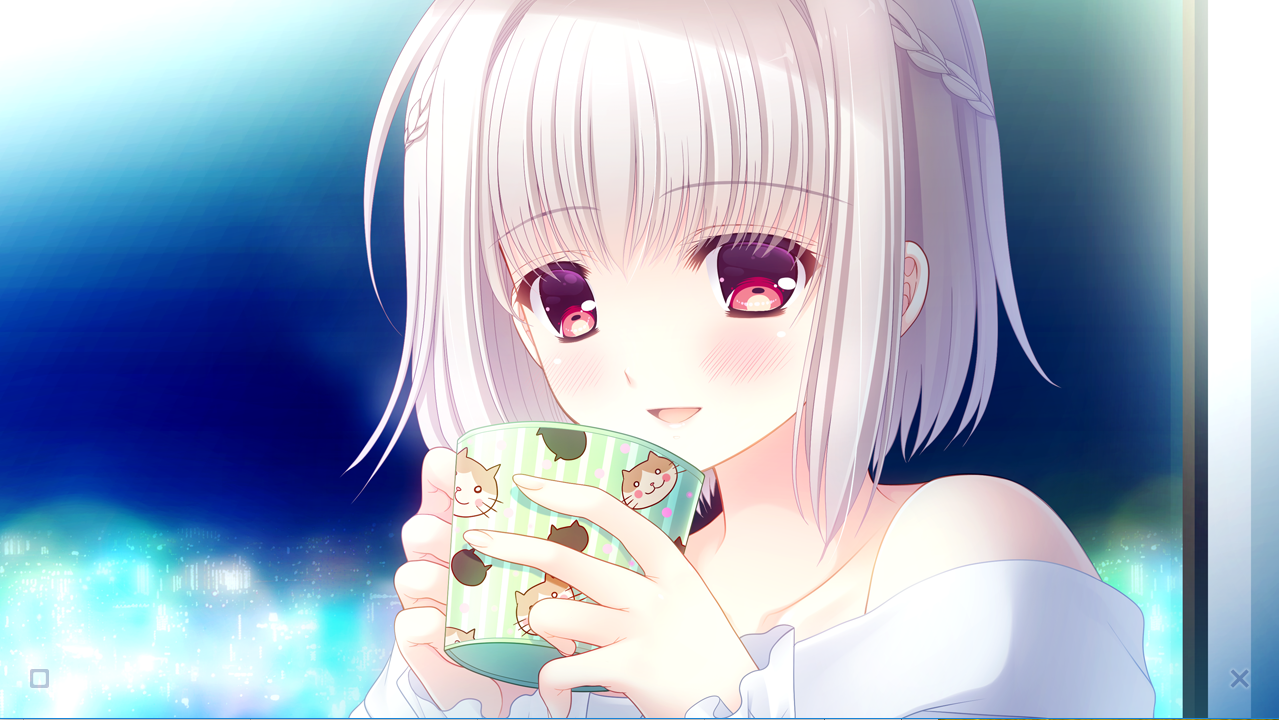 While I found it skeptical why he would suddenly want to help an abandoned girl, goddamn she’s cute

Story Length: Moderately Long (30 hours)
Complete Story Clearing Difficulty: Moderate
Comments: There’s a Hint Mode available that I actually recommend players use because this “difficulty” is artificial and unrelated to the main game. It would’ve been better if these choices in the beginning didn’t make a difference (though these “bad route choices” are necessary for full CG completion) or didn’t exist at all (though the latter would mean no bad route). After the first wave of conflict is resolved, the routes to the actual heroine routes open up, with a “Last Chapter” at the end which I’ll discuss in a bit. 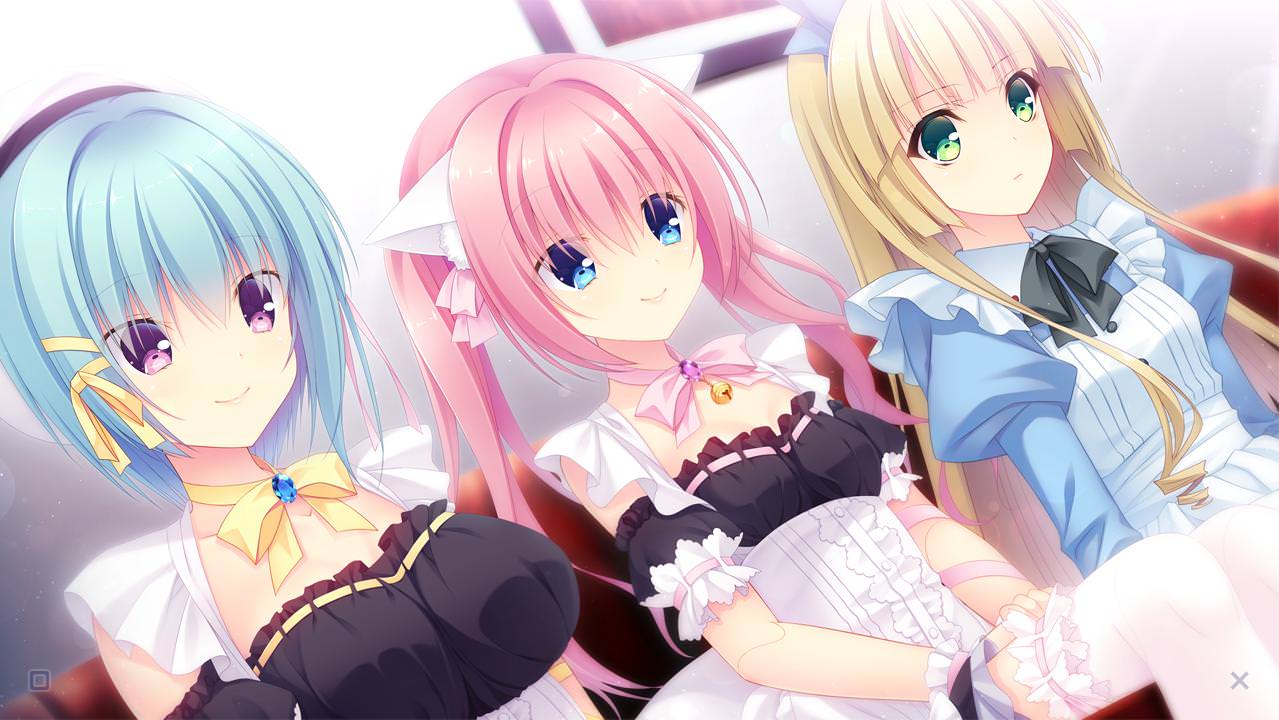 The final scenes of this game opens up a lot of opportunities for fandiscs and sequels. It’s just unfortunate that the quality of the overall game wasn’t up to par when compared with Tsukiyori/Otome Riron

Character Design Rating: 4/10
Story Rating: 3/10
Protagonist Rating: 5/10
Game Quality: Moderate
Overall Rating: 4/10
Rating Comments: Very inferior ratings considering this IS a Navel game, famous for the well-designed Tsukiyori series that was their cash cow for a while. All aspects of this game was considerably inferior, with characters not necessarily unique with the exception of maybe Hatsune and even then her appearances remind you of Luna/Saika from the Tsukiyori series. Protagonist is resourceful, but unlike the Tsukiyori series he doesn’t actually do much on his own and most of his action comes from his skillset with Automata which is actually moreso used as a convenience factor to defeat the antagonists in the story.

Story is definitely the weakest point for the reasons I’ll be using to bash this game into oblivion.

Other Comments: Okay fuck gliding on the water and let’s just jump right in. . I’m going to be extremely blunt right here and say that this game took a lot of concept from the more popular console game, Nier Automata. The names for the android-like characters are taken from it, one of the scenes was more or less directly copy-pasted from the comparator, route design was similar to how the Nier Automata game was presented, and both games have that gloomy, darker atmosphere. Though Kimimeza does have happy last endings unlike Nier 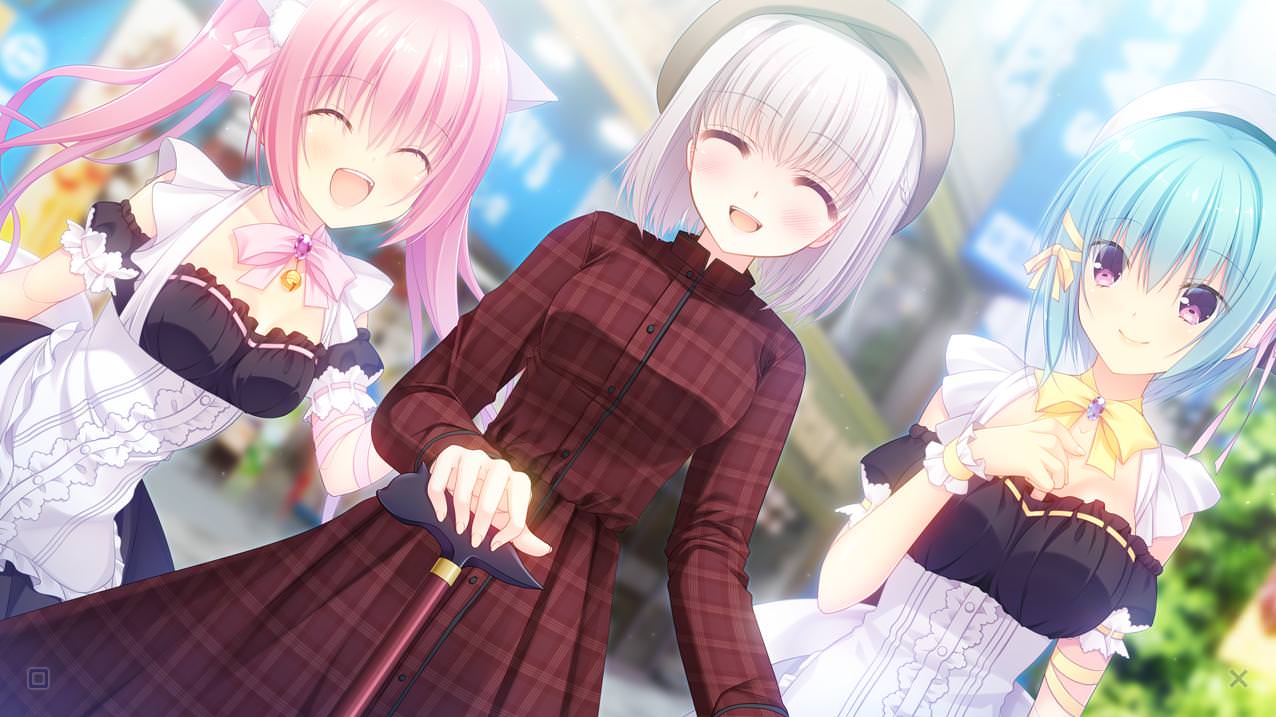 Say whatever you want, but I prefer happy endings

The writer himself has worked on the Nines series (from Palette) which seemed to have decent enough transition, but it was this that Kimimeza lacks almost to an extreme extent; events happen without a proper flow and feels unnatural, scene transition really needs more work with the story jumping across large periods of time and then backwards, and overall I felt like I was just dragged along on a leash instead of properly introduced to the story.

The fact that half of the first game was really more about making the right choices so you’re not dragged into the bad ending while the actual choices to the heroine routes was literally A, B, or C, the “Last Routes” (which is totally not a ripoff of Routes C/D/E from Nier) followed this pattern but also included this retarded logic of needing to go through the bad ends first THEN the true ending choice appears and is just another thing that annoys the crap out of me; 9-Nine for Miyako also had this and it just leaves a bad taste in my mouth as if I made the wrong choice when I didn’t and was just forced to read it as it is. The heroine chosen for this last route doesn’t matter, though you DO need to go through all three heroines if you want to see the last scene (for real this time) in the end.

Much of the conflict and plot twists in this game also felt HIGHLY, OH SO VERY HIGHLY artificial, meaning it lacked proper foreshadows. The game literally just shows scenes of the protagonist and heroines getting killed and voila! it was actually a trap set for the enemy in the next fucking scene because the scenario writer said so 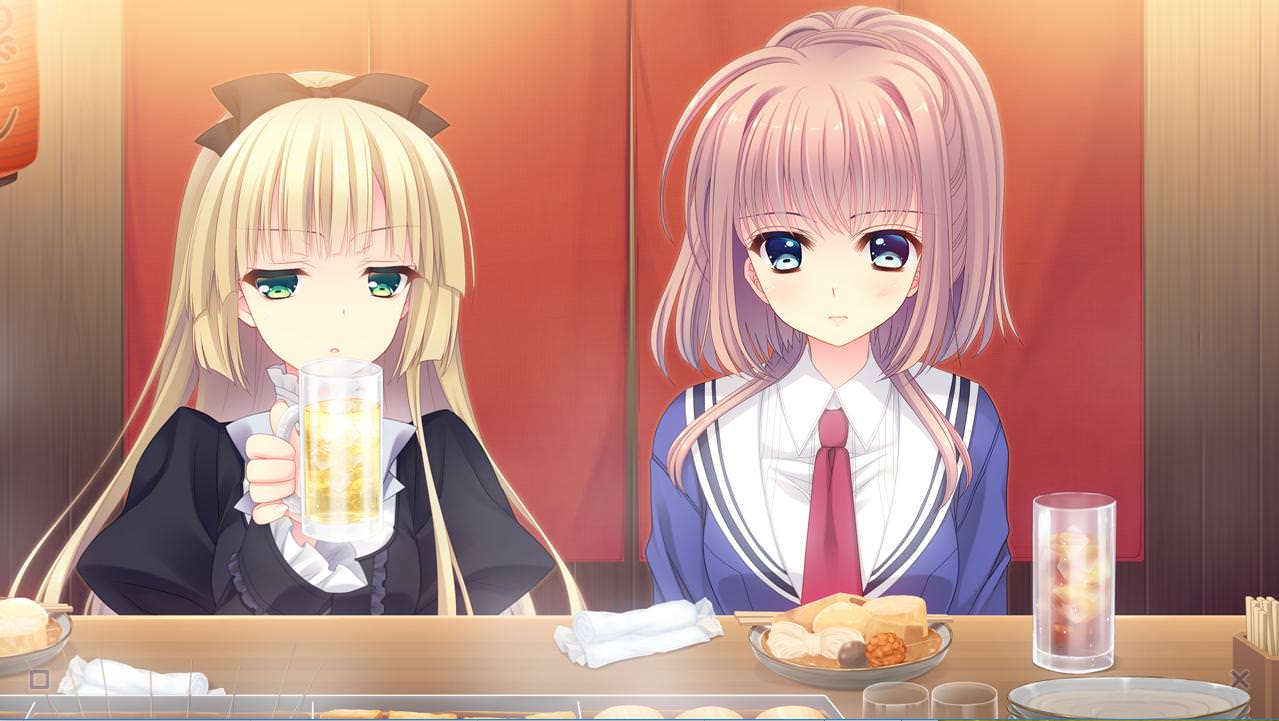 A moment of silence for the doomed series.

The “Own World Logic” is then utilized to a ridiculous amount and raises additional questions such as how Niss was able to duplicate herself and create all this chaos in the last routes despite not having a master BUT doing all of this just for revenge for her master (this was one of the biggest contradictions I saw; though it was necessary to have an antagonist). Basically a lot of flaws in this game regarding this single antagonist who was literally just bitchass crazy

It really doesn’t help how among the three heroines, only Hatsune’s route is worth going through because all the story is centered around her, the routes for Mikoto and Maika were pretty shitty considering the motive the protagonist holds in these routes all come back to Hatsune. Maika herself felt more like a subcharacter considering the lack of her action even in her own route.

I think I’ve bashed the game enough, so let’s talk about some good parts. One of the biggest compliments I’d like to have is the game’s inclusion of subcharacters. There are 6 subcharacters, and while that’s not that many (compared to games like Oretsuba), it’s still a fair number that exceeds the number of heroines. Tsukiyori had this trait and this is really why Navel games are fun to read; there’s a lot of interaction possible with this number of characters unlike other games where most of the focus is strictly on the heroines (and thus the endless stream of tropes).

The second is that the entire CV cast is actually quite amazing. You have S-tier CVs already voicing the subcharacters and one of the newer CVs voicing the central heroine, Navel definitely does like to bring in the top guns when it comes to casting CVs and that’s something I want to recognize them for. 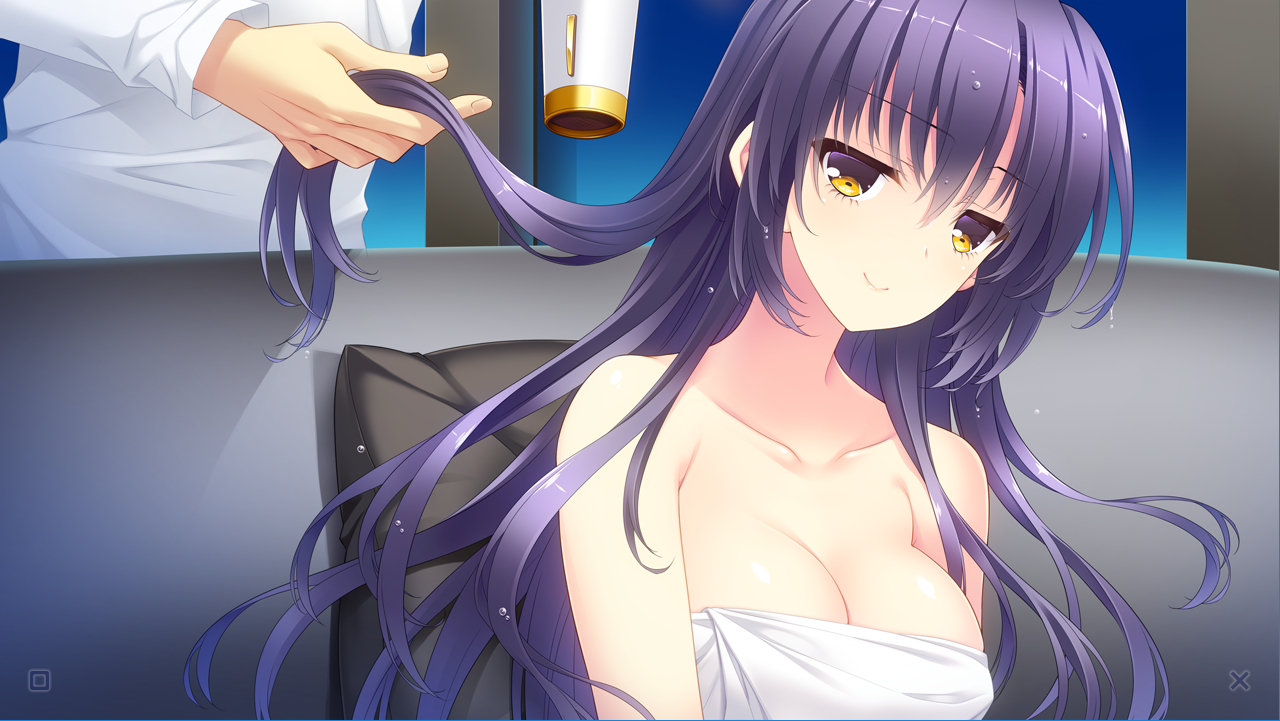 Hatsune was definitely the central heroine in this game and the character all efforts were placed into, and the game makes sure that her route is worth reading. After finishing the game I can definitely back up the statement that her route is arguably the best one in game, especially since the romance in Hatsune’s route was slower paced and gave that “hnnnggg” factor quite necessary to build affection for the character. 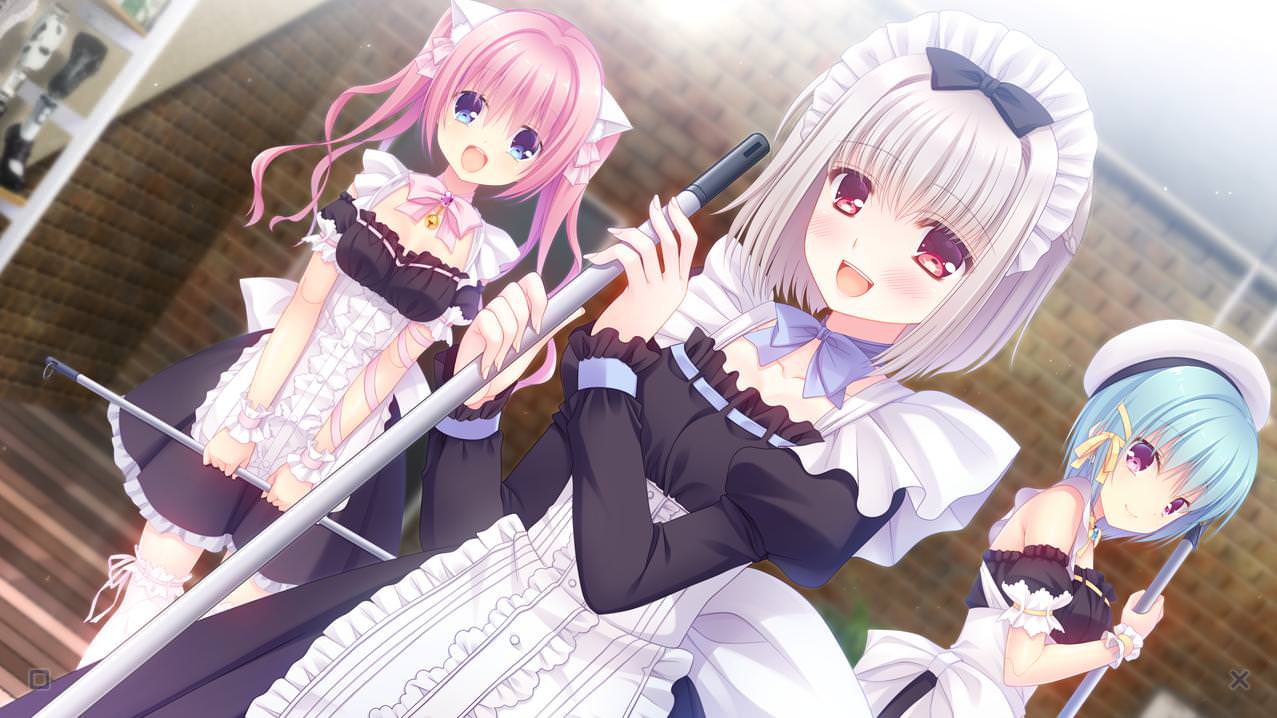 If a popularity poll was held, I feel like one of the two Automatas might top the rankings instead

As almost a “cherry on top” kind of design, Hatsune’s system voice is very timid in the beginning, but once you get into some point in her route, her voice becomes more confident and clear. It seems that she’s the only character to receive this kind of feature, so Navel’s tendency to focus on central heroines is back again.

Affection for the Characters: Moderate

Overall, a very, VERY disappointing game from Navel. While I admit that I had higher expectations for the game, the entire game still felt lacking in a lot of aspects and in retrospect after finishing the game also felt very short because one good, longer route but the other two crappy routes were pretty short. I can’t say I would recommend it to readers purely because of how good Tsukiyori and the Otome Riron series were and would probably advocate for those titles instead.