Promises made under the Blue Sky: Review of [060331] Kono Aozora ni Yakusoku wo

Foreword: Whoa, it’s been a long time since a review, but I’m looking to change that today.
Since the beginning of May, I was busy with real-life bullcrap, but somehow made time for my eroge hobbies, and as a goal for this summer break, I decided to go back and play some games I enjoyed the most. In addition to this, I’ll also be going through my backlog while keeping my eyes peeled for new releases. MMORPG is completely out of my scope now, which is kinda sad… Oh well.

Let’s get to this game Kono Aozora ni Yakusoku wo. So my main reason for choosing this game was because of its previous writer’s with the following three games that I’ve played and absolutely loved:
1) Chocolat Second Brew
2) White Album 2
3) Sekai de ichiban dame na koi
(In that order, too)

These three games were amazing, with the latter two fully competent and capable of being called “kamige”. Naturally, that just means that this game would be amazing as well.

With my standards and hopes at its highest possible, I opened this game. Scroll down to see what I thought about it!

Summary: Wataru lives in a dorm called “Tsugumi Dormitories” on the island of Minami which is actually a girl’s dorm. Due to the low number of students who are actually willing to climb this 218-step hill to even reach the dormitory, all the 5 students including Wataru have bonded closely; and this also includes their supervisor and teacher, Saeri.

The gathering of its residents!

Regardless, even with their lives at peace, they know that with the graduation this upcoming Spring would leave their dorm with a number less than 5, and the school seems to have plans to tear down the dormitories and to utilize this land for something else.

The thing is, this dorm is a place of memories and something the group cannot let go. This treasured place out of reach of society houses some of the best environments and views, and the students (and one teacher) work very hard to fight off its opponents.

Rinna and Saeri not pictured

The story adds one new character into the group, a girl named “Rinna”, who is very cold and apathetic to everything around her. She refuses to even eat with the others, and with this lone wolf causing concern in everyone, Wataru makes a determination to make this girl a part of their group.
END_OF_DOCUMENT_TOKEN_TO_BE_REPLACED 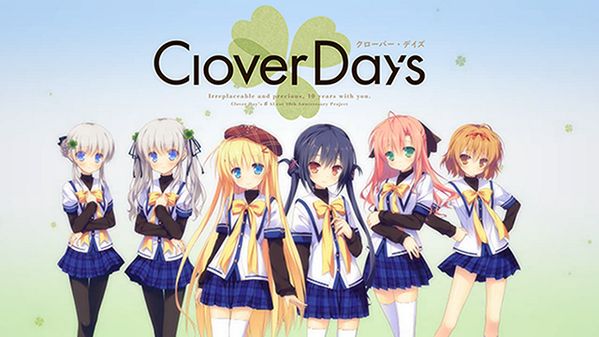 In fact, that very dream happens unexpectedly, with Hekiru and Hikaru returning suddenly. This event is followed by Hekiru kissing Yuuto and asking him for marriage, which incites the rest of the childhood friend group. Yuuto’s future is like a four-leaf clover: a symbol of good luck and happiness.
END_OF_DOCUMENT_TOKEN_TO_BE_REPLACED