There are Things You Shouldn’t Forget: Review of [170728] Golden Hour

Foreword: Sorry for the delay in finishing this game… Actually I should apologize for one more thing that I actually didn’t actually finish the game completely; I dropped it halfway. Despite being a dropped game, I just wanted to point out that I at least followed through with all the heroines and entered/played through their route to see what it would be like, so even as I dropped the game (and thus would’ve felt better if I just ranted about it for 30 seconds with the next review), I felt too invested in the story in the first place that I would at least need to rant about this title before I move on (to my break, probably)

A new game from a company I haven’t tried out yet is always quite an exciting experience especially if it has the overall first impressions that Golden Hour had on me. Zen from “Hau Omochikaeri” also mentioned how this game was stunningly similar to Natsu no Ame, which I rate rather highly for focusing greatly on character interactions in a realistic setting, so I admittedly had higher expectations from this game.

However, instead of those high expectations, I was met instead with giant eroge trope and rather poor design of routes. Let’s get started with the review so I can elaborate more. 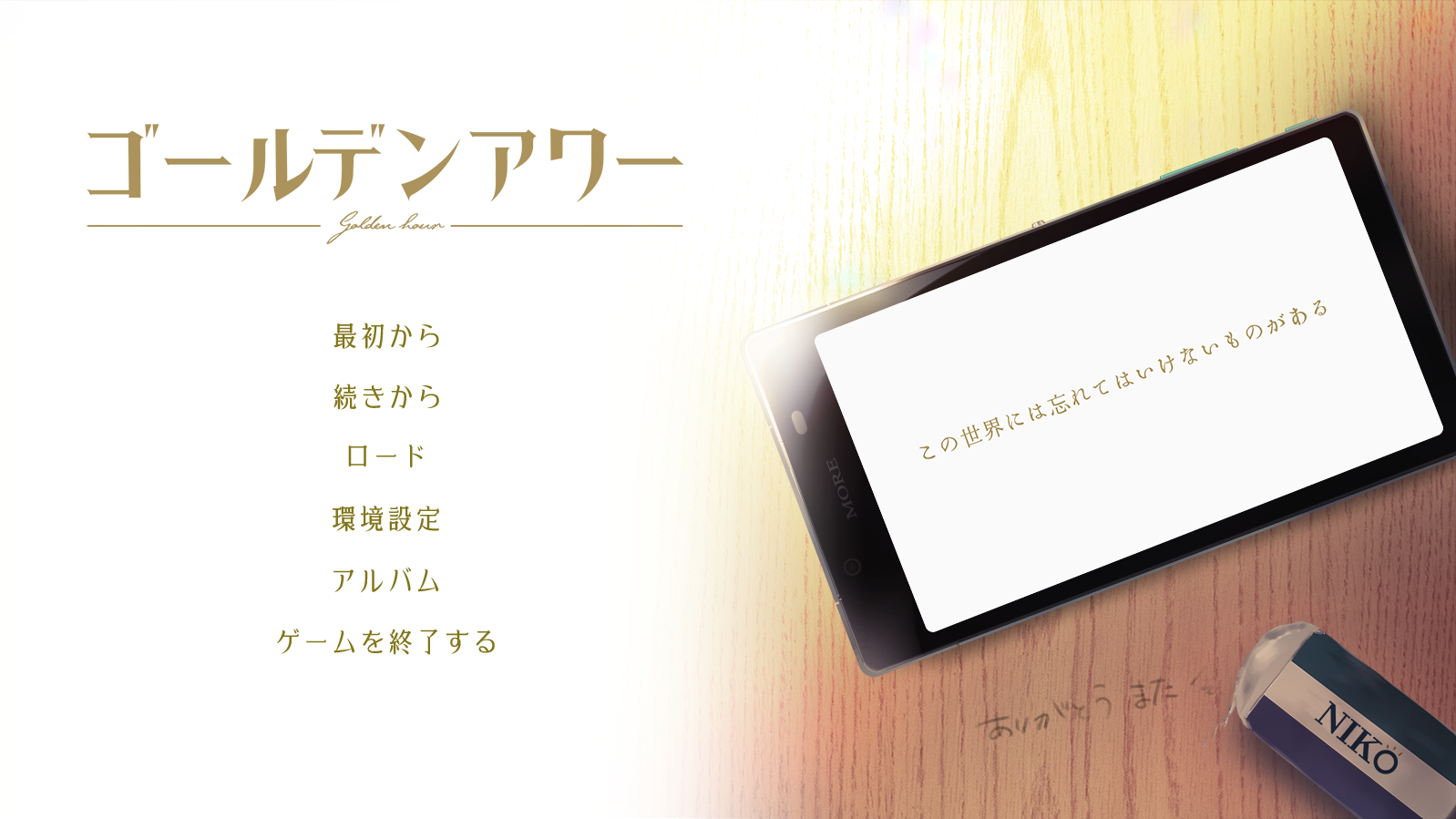 Summary: Yuuya is a retired soccer ace who was hurt in an accident and was unable to play anymore. Despair overwhelms his future as he is more or less forced to spend his time outside of school in game centers while admiring his friends which includes Natsumi. One day, he will meet a girl taking pictures at a station, and have a sudden overwhelming feel of nostalgia as he turns back and asks her “Hey, have we met before?”

Estimated Story Length: Moderately long (30 hours)
Complete Story Clearing Difficulty: Easy
Comments: Straightforward choices and a few of them to make it even easier. Kinda sad how eroge nowadays is getting less and less interactive to be honest. 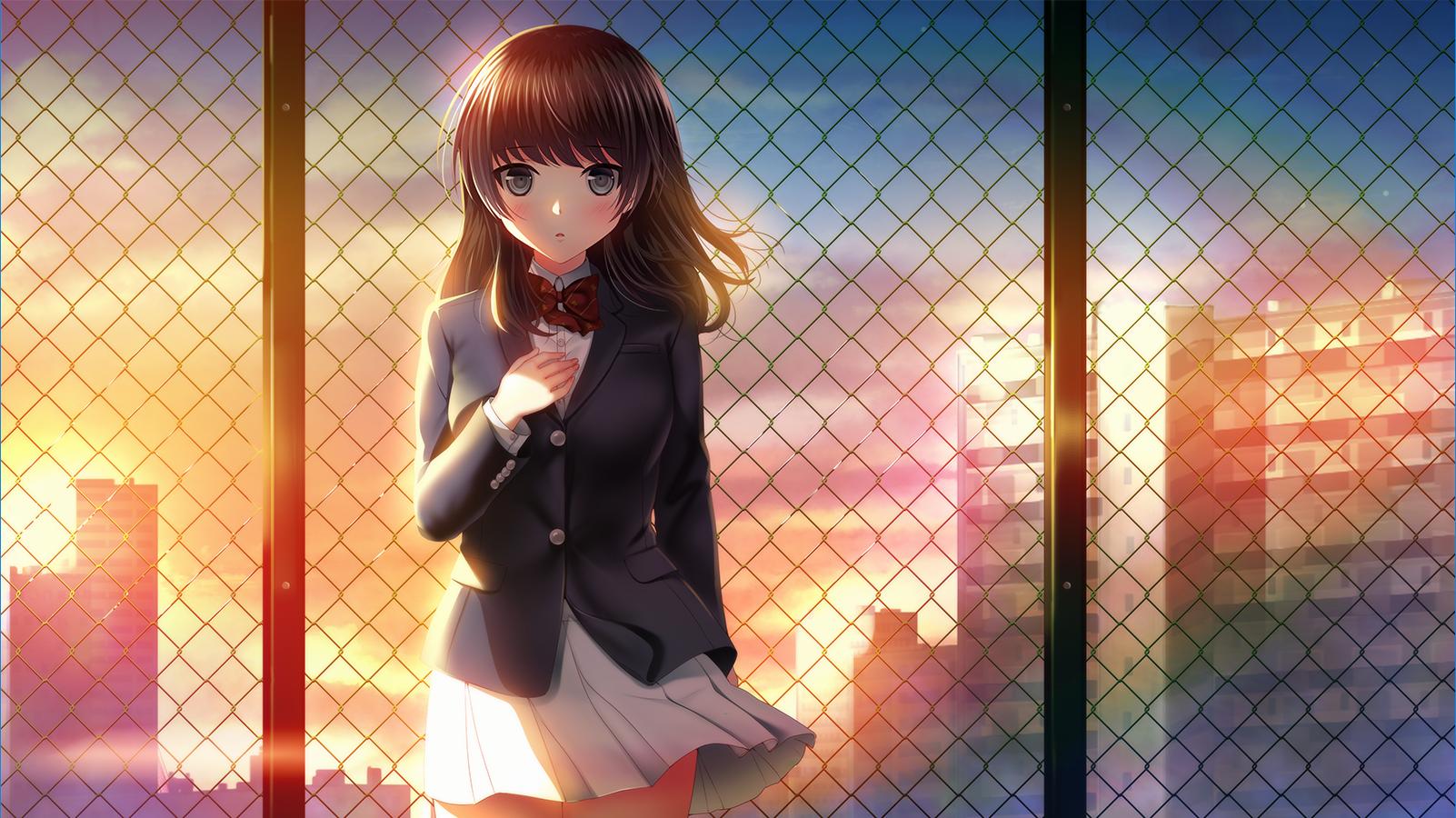 Also the super-popular, super-cute, and super-nice idol-like girl in the class in love with you trope

First off, heroines and characters in general were extremely poorly elaborated, the most primary one being Natsumi… and Ruri, and Suzu, and Marika, and Yuki.

So that was exactly the problem with this game: the game never takes the time to properly introduce the characters and instead jumps right into the main scenario. While I can definitely see that as a good trait in some ways, what’s shown about the heroines in the beginning is pretty much a copy and paste of what the readers could have read in their profiles located in the homepage/Getchu, and the writer almost forcefully creates these interactions with the heroines in the most unnatural way so that anything revealed about the heroines later on just has no impact, doesn’t seem natural, and really doesn’t feel like the two characters communicating. and m 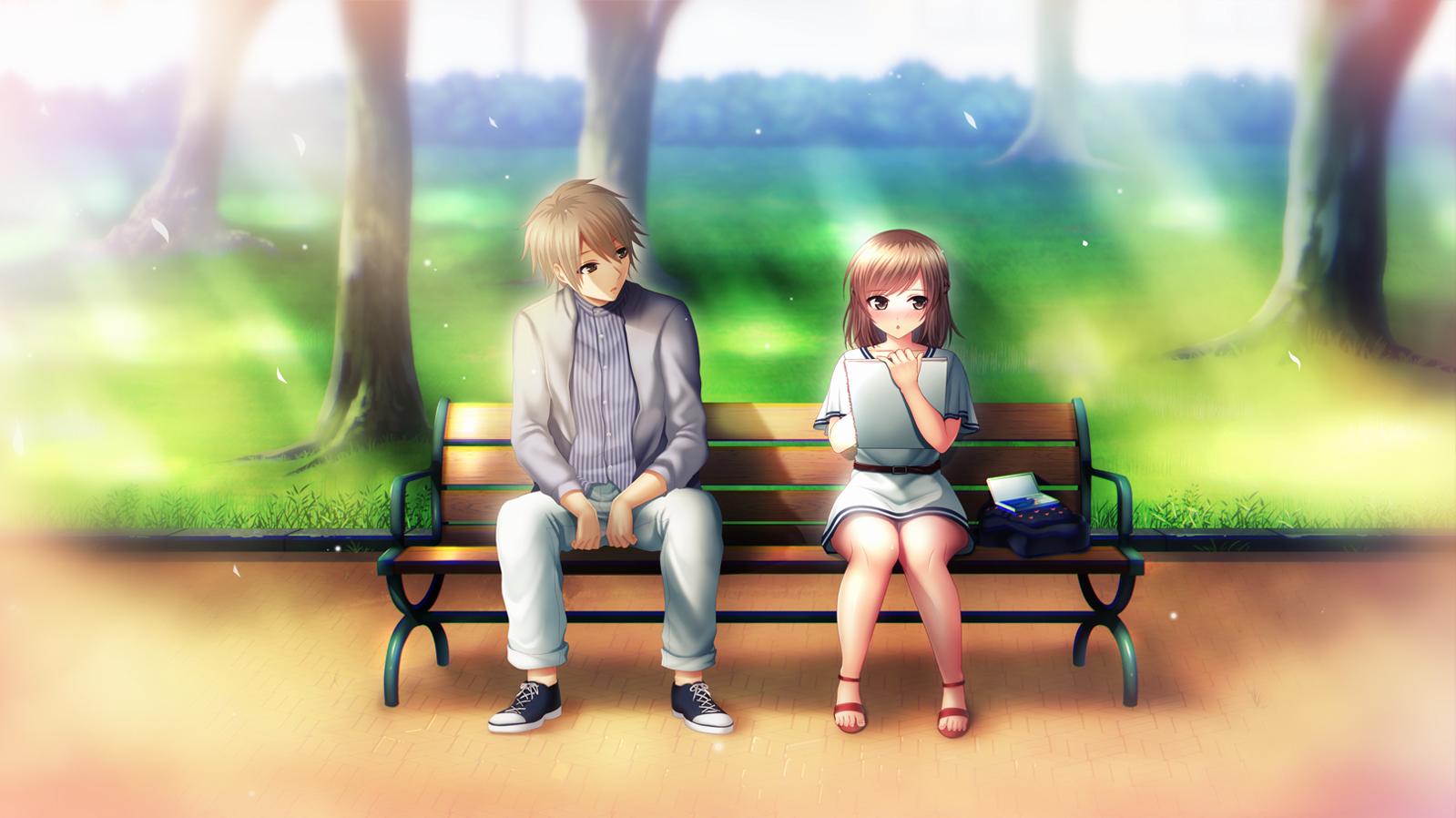 Which then becomes the main problem with the story. Games with romance themes like this really needs to have that communication between the protagonist and the heroine be the main focus, but everything was kept vague and confusing because of the fucking foundation of the story which I’ll rant about later. As it stands a nukige will easily have better “story” than this purely because of this trait.

Protagonist wasn’t good, but also wasn’t that bad. Sure he does have his coward and moments where he’s a useless shithead, but for the most part there’s nothing abnormally wrong with him (see perverted/generic/average protagonists) and it’s at least a saving grace within each heroine route he’s a bit more active. He is far from being a “good” protagonist, however, because of how worthless he was in many of the scenes, as well as how his affection towards the heroines was also very poorly displayed. 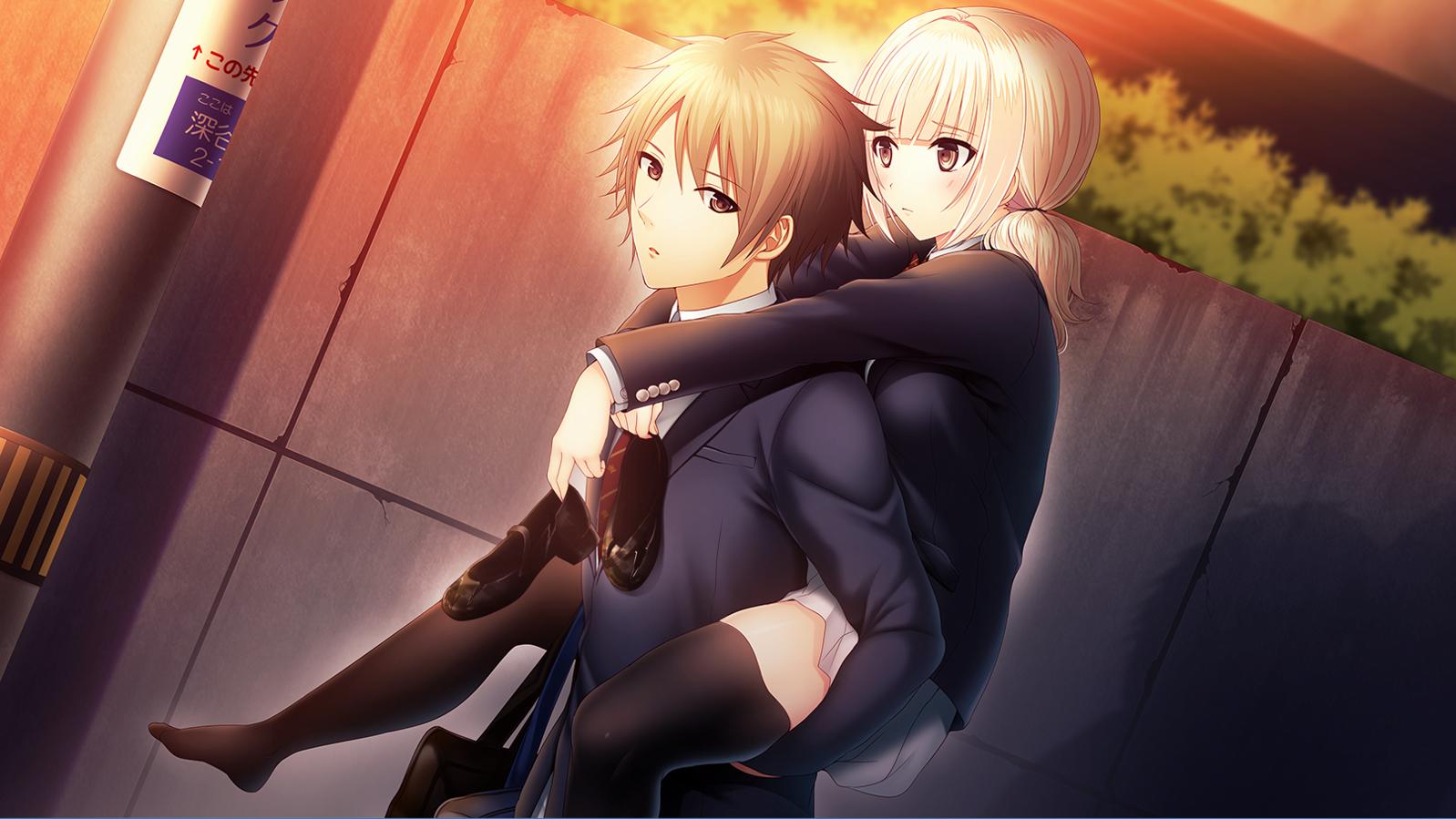 A lot of the emotions switch from “wanting to protect”, which is just ehhh… I mean the initiative for the affection is there but the transition is shit

STOP. WITH. THIS. FUCKING. TROPE.

I don’t give a shit if they’re younger sister/childhood friend/whatever relationship you have with that heroine which suggests at least some past interactions. You do NOT use that as an excuse to have the heroine already in love with the protagonist right off the bat or at least affectionate towards him. That’s a COMPLETE NO-NO in a galge and it was especially obvious in Golden Hour where all the heroines was like this to Yuuya. That already warrants some huge cuts to the score and quality of the game, and how the writers sometimes fail to even properly include reminiscence scenes for these past relationships display laziness and incompetence. I legitimately had to close the game and look away from the screen several times while reading this game because of this trope. That’s not good.

We read galge for a reason; there’s a starting point (the prologue of the game) where SOMETHING new happens to the protagonist or we follow his footsteps in a certain period of time. When you have “past events” only revealed in the last parts of a story (or sometimes not at all) and they’re the ones most contributory to the events that actually happen, there’s some cheap convenient design going on here. 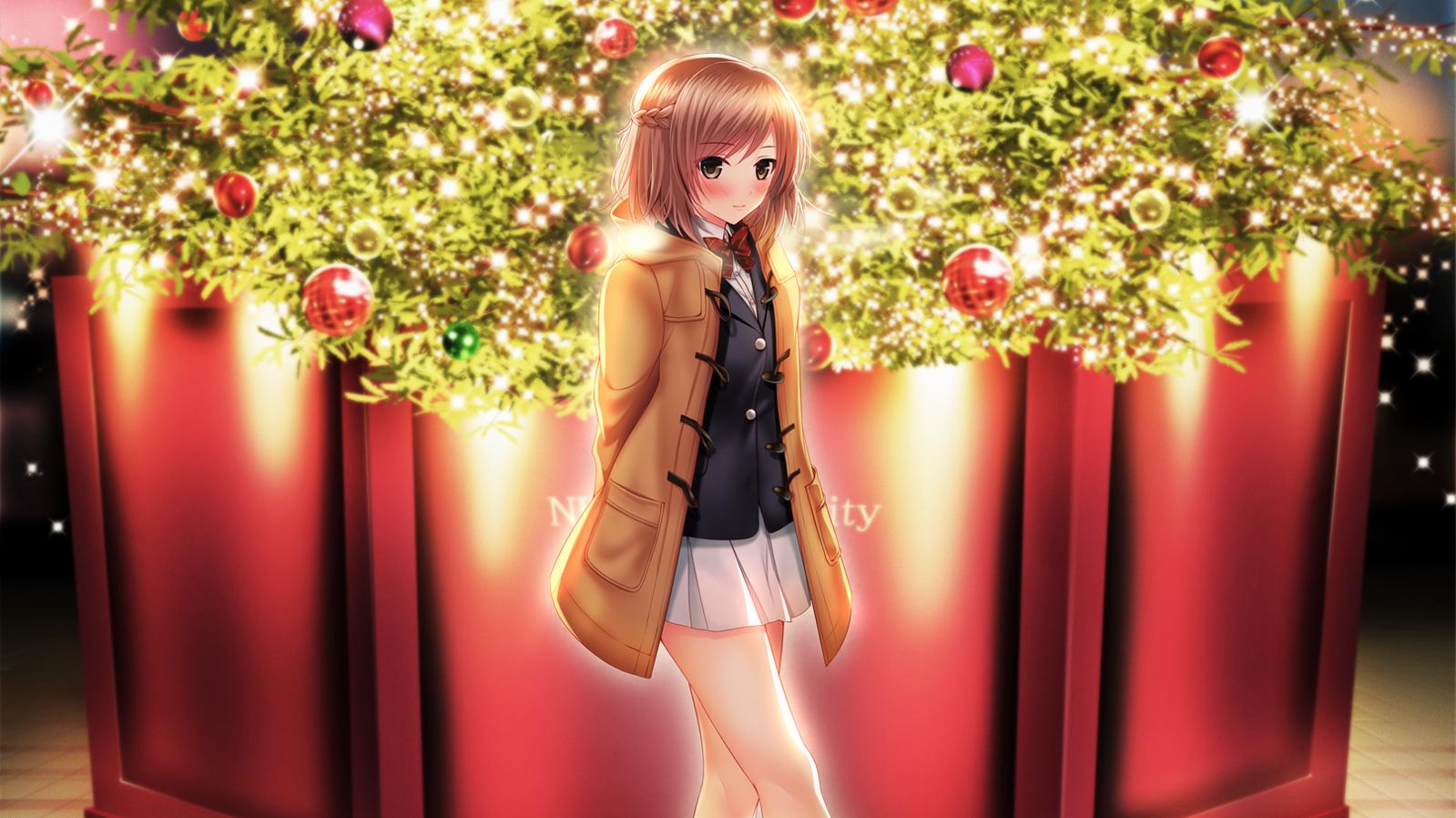 There is ABSOLUTELY NO WAY a half-assed game like this is going to score high in my book. If the biggest forms of interaction between the protagonist and the heroines happen in the past, these need to be explicitly shown early on and NEVER EVER displayed at the very end of a route, if at all. The reasoning is that when you do have these “past interactions” shown in the later portions of the route, this forces the writer to not only tailor the beginning portions of the game to that, but also forces him to be vague and boring within that beginning which was essentially what happened in all the routes for this game, Yuki’s included. This vagueness and the monotone atmosphere never helps the reader become engaged, and in return makes the low-quality interactions (which we might call “fillers”) between the protagonist and the heroine more of a chore to watch. 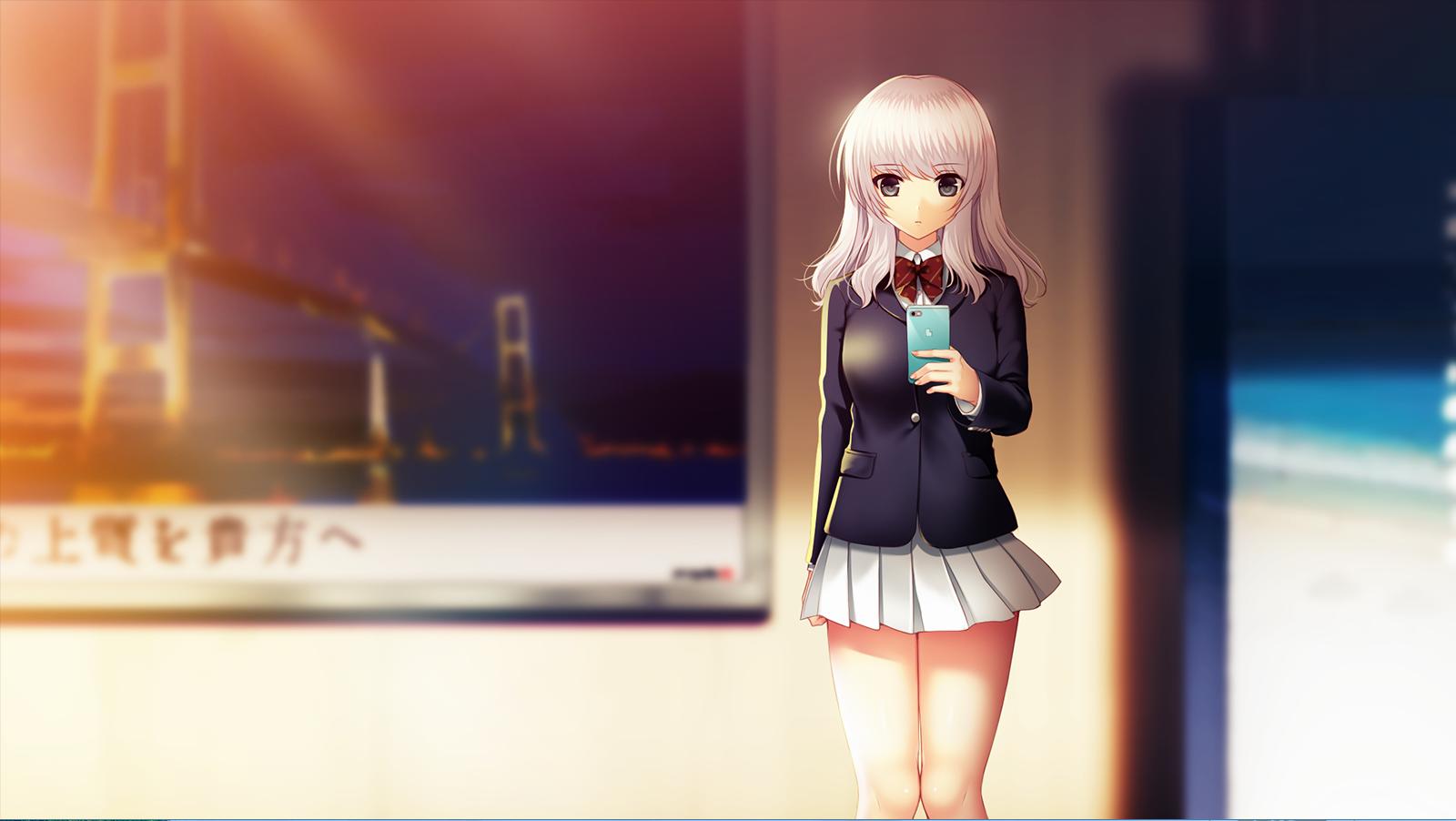 The fantasy element was the second biggest thing that made me want to uninstall this game immediately. Not only is it a good addition to an otherwise normal looking slice-of-life game, this fantasy element was the fucking foundation to the entire scenario. While the fantasy element was only revealed for Yuki’s route, it’s not a good idea to incorporate it suddenly in the central heroine and possibly the main heroine’s story, AND suggest that it was a trait that affected the other heroine routes; that really should be common fucking sense. When you have a nicely presented game (which this game wasn’t let’s be honest here), you don’t go ahead and ruin that with a fucking devil that randomly appears at the end of Yuki’s route and sets up the intro to this game. Y 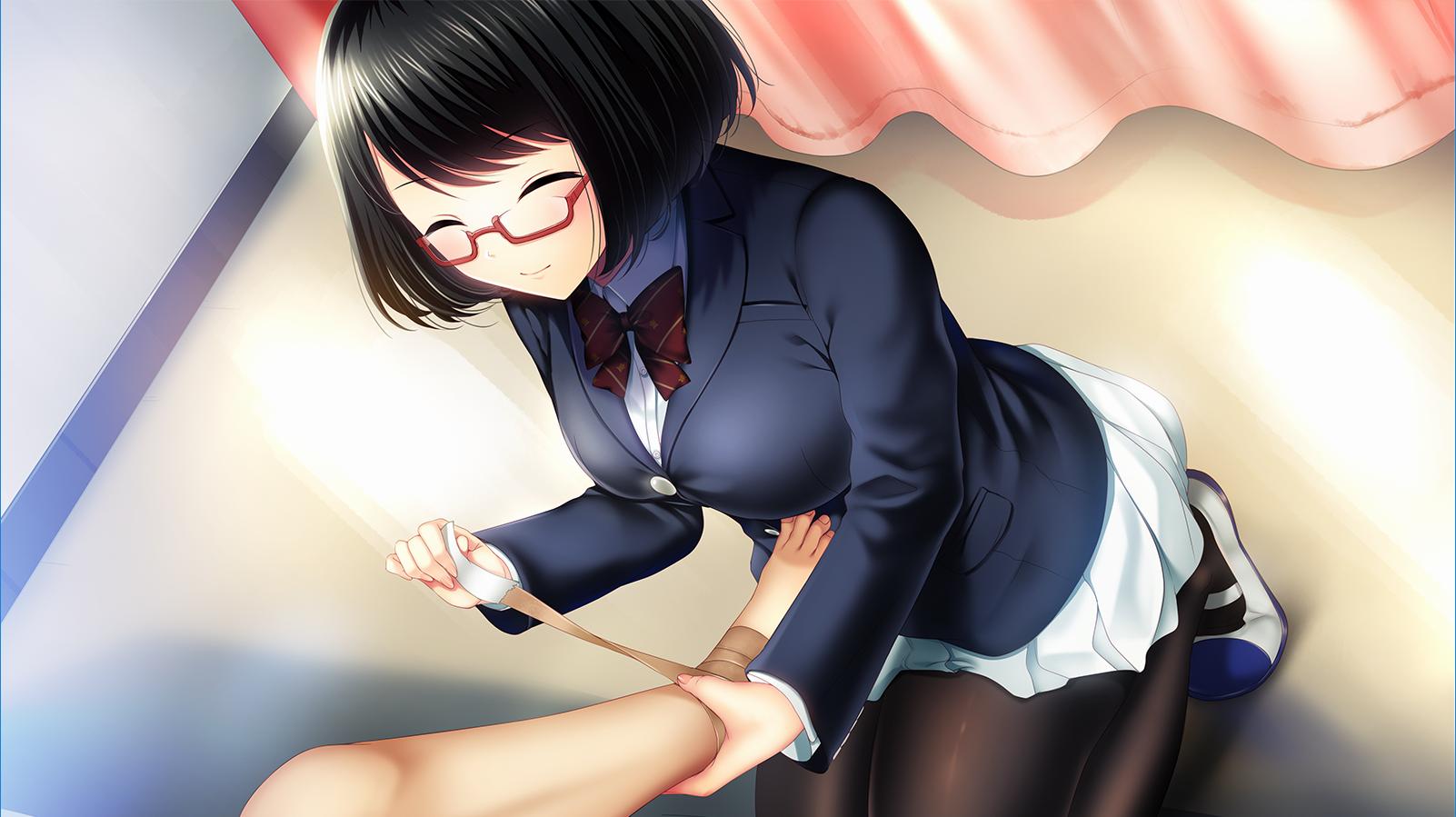 This game is FAR from being Natsu no Ame 2.0 and even a decent one due to just those two things (convenient past interactions plus the fantasy aspect) alone. Not only that but most of the game is also heavy with fillers, or low-quality dialogue between characters with absolutely no meaning (see story rating above). It provided SOME interaction between them but it’s called “fillers” for a reason. This creates that boring atmosphere where nothing seems to be happening for the most part, and even if one was to skip through it he wouldn’t miss anything.

At this point since the foundation of the game was absolute shit I couldn’t find myself getting engaged with the story nor the presentation of the heroines, which was already made extremely bland. If at all the design of Marika to be that “past girlfriend” was an interesting trait but obviously even that design was trampled with the poor development for the character and how obvious she was still in love with Yuuya and vice versa. Not surprisingly, the romance in her route was also terrible, with characters falling in love LITERALLY within one or two scenes because apparently that’s how love works nowadays boys and girls. 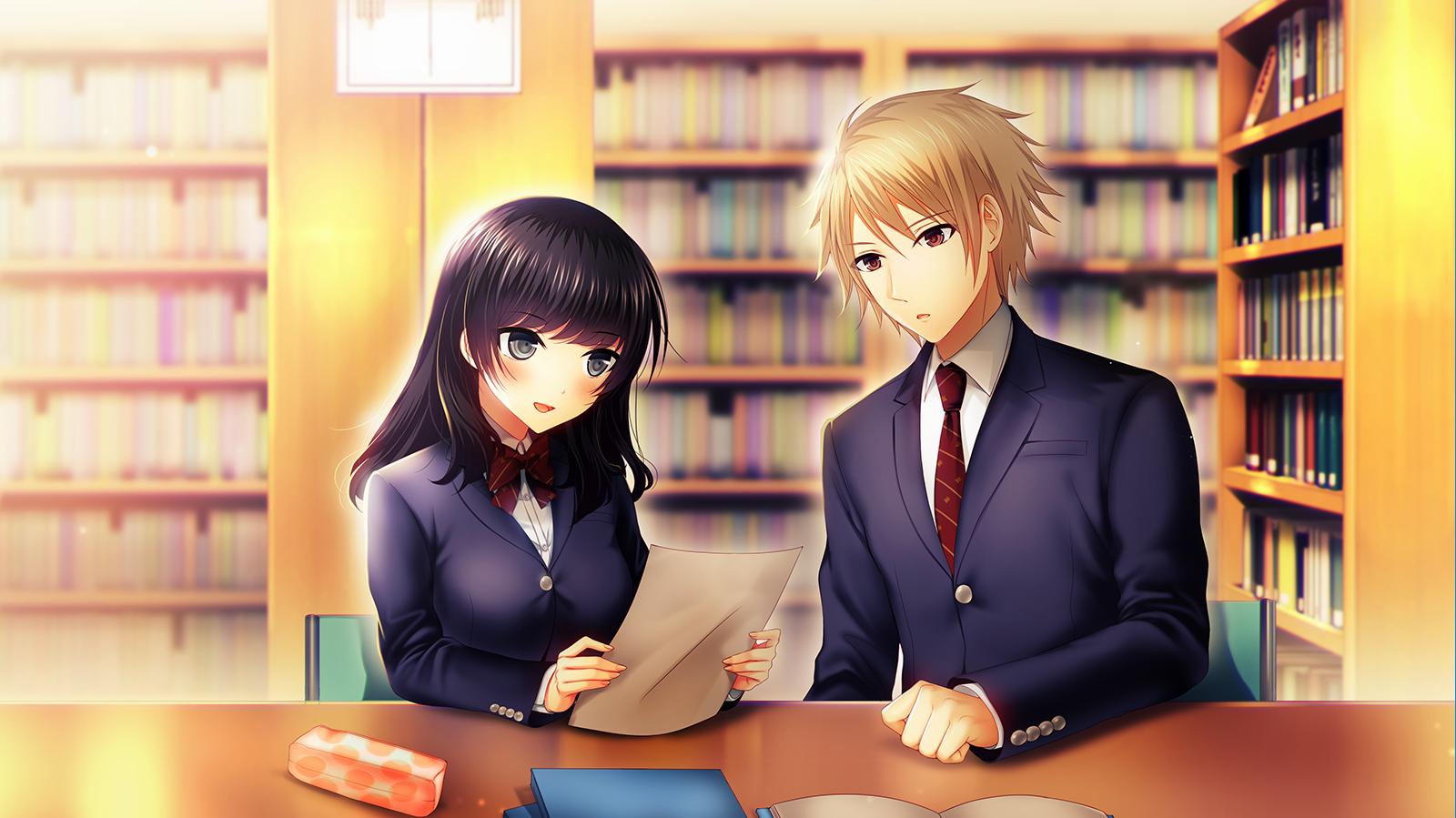 They’re all in love with you right off the bat

Similar to Trinoline, a previous game that I’ve reviewed, the game essentially fails at everything except for the graphics and the music. Even then the graphics seem like a Norita-wannabe, and if I’m thinking only the HCG is the thing worthwhile in this game, I would be very disappointed at the past 15-20 hours I’ve spent on this game thinking it might turn out decently.

At this point I don’t even want to talk about the characters… So I won’t. I know I’ll just make myself more angry. Just note that each heroine is rather bland (see Character Design Rating above) and that didn’t really help me as I got into their routes. Nothing extraordinary happens in them either, making the entire game feel like a waste of time instead.

Affection for the Characters: Low

CG Score: 6/10. Problem with CGs is that there’s too much focus on HCG and the normal CGs look like it had less effort into them.
Music Score: 7/10. Decent music,

Overall, Golden Hour was a huge disappointment. So much effort was spent in trying to create this nostalgic and sentimental atmosphere that the writers completely forgot that they were writing what’s essentially a book and shoved all the quality interactions they needed to the corner of the room and instead added a fantasy element they should not have.

As it stands the game doesn’t provide that touching story or even sell its heroines like a charage might, making this game stand alongside the worst games I’ve ever played.

I’ll actually be out of town for the next month or so, so I while I do plan on playing VNs during that time, I won’t have any opportunity to actively write them. I’ll be back around October 23rd with at least a review!

We Humans are Powerless, Yet So Strong. Review of [170331] Trinoline

It’s Time for an Intermission! + Some Updates